Life is slowly opening up and we plan holidays again! Many people are excited about booking UK-based holidays for 2020. The great news is that Britain has so much to offer! Take a look at our five favourite UK city-break destinations…

Liverpool has a vibrant and fun feel and you will find plenty to see and do here, with a wide range of accommodation and eating options to suit all budgets.

There are Beatles references everywhere in Liverpool and, whether you’re a fan of the Beatles or not, a visit to the Cavern Club is worthwhile.  The Cavern obtained iconic status as the place where the Beatles played their first gig in February 1961.  The Cavern Club today isn’t the original, but an authentic reconstruction is situated close to the site of the original club. The entrance is now marked with a statue of Cilla Black, with another statue of John Lennon close by.  You can still hear live music at today’s Cavern and imagine how it would have been as you walk down the stairs into the cellar, have a drink and browse the range of memorabilia available. 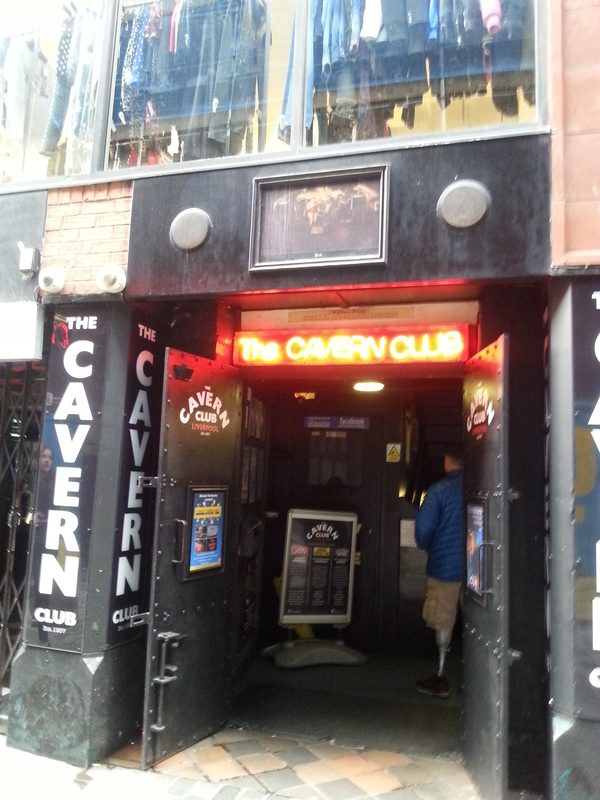 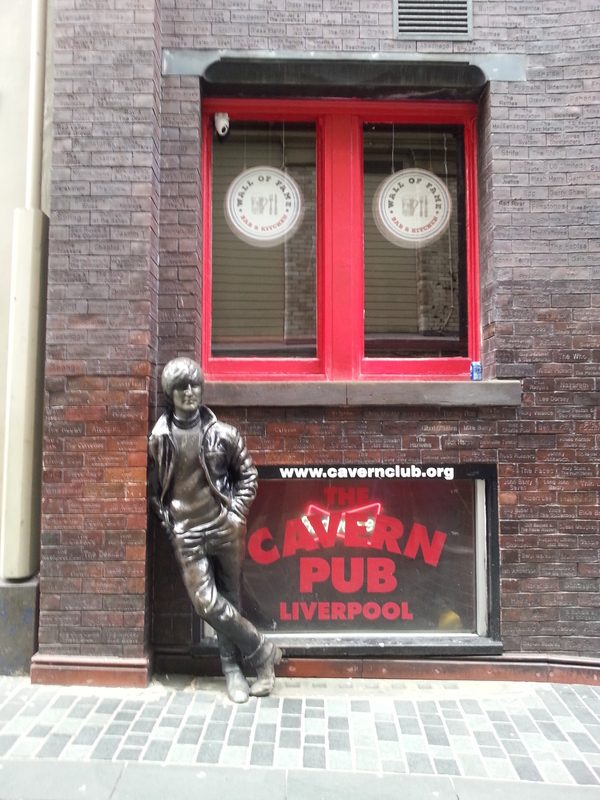 As well as the Cavern Club, Beatles fans will want to include visits to:

You could also take one of the many Beatles tours.

Lovers of 60s music will also be interested in the statue of Billy Fury at the Royal Albert Dock. You may want to take the ferry across the Mersey, as immortalised in song by Gerry and the Pacemakers.

The regenerated Royal Albert Dock area is a great place for a stroll and a browse around the interesting shops. Stop off at one of the many bars and restaurants to sit back and people-watch, if the weather is good enough to sit outside.  If the weather isn’t so good, The Liverpool Museum, The Tate Gallery, The Beatles Story, The Maritime Museum and the International Slavery Museum are all in this area and are well worth a visit.

If it’s nightlife you’re after, Liverpool won’t disappoint! With its many clubs and pubs hosting live music and a party atmosphere you’ll have a great time.

The capital of Scotland, Edinburgh is a compact city so it’s wonderfully easy to explore it on foot. you Step out of Edinburgh Waverley train station and into Princes Street, the main shopping thoroughfare. You’re only a couple of minutes’ walk from the Castle, the Royal Mile and restaurants and pubs galore.

Alternatively, if you arrive at Edinburgh airport, you can take a tram from the airport directly into the city centre. You’ll find a huge range of accommodation from backpackers’ hostels to B&Bs to luxury hotels. Whether you’re a foodie or happy to pick up a burger en route to somewhere else, you’ll find your food heaven here. 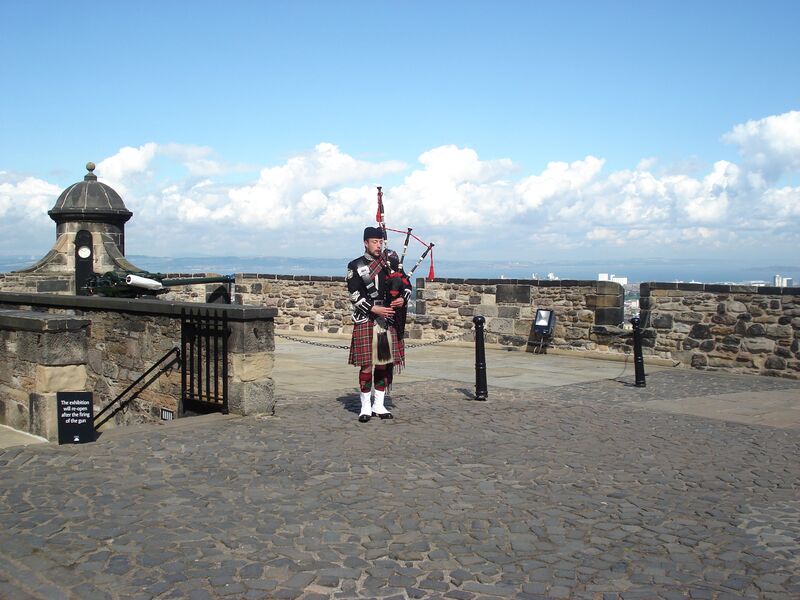 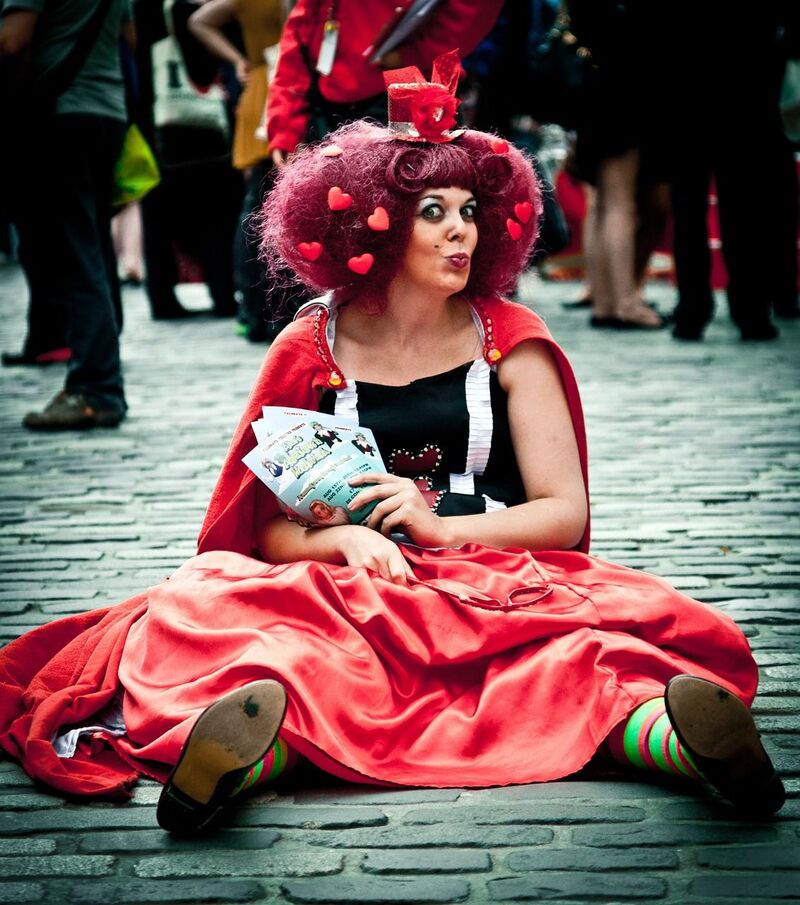 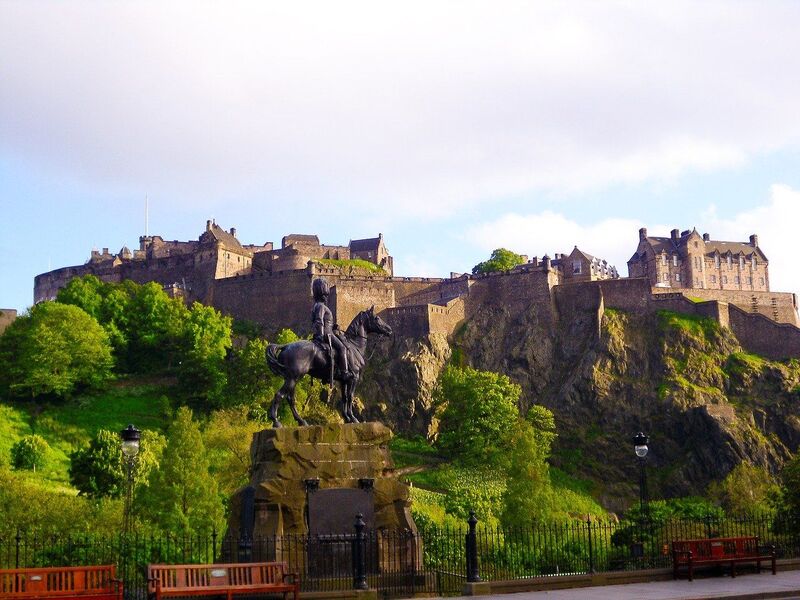 If you’re heading to Edinburgh at the time of the International Festival (end July to end August) you’ll have to book accommodation in advance as availability is scarce – and expensive.  The Festival incorporates the popular Festival Fringe, Book Festival and the Military Tattoo.  You’ll need to book in advance for the Book Festival, Tattoo and popular Fringe events. But –  you will almost always be able to get walk-up tickets for a Fringe show on the day if you’re happy to take pot luck – which is part of the fun!

Edinburgh is also home to a Film Festival in June and a Jazz & Blues Festival in July. You’d also need to book accommodation in advance if heading to Edinburgh for the hugely popular Hogmanay celebrations around New Year, which attract many thousands of revellers for the ticketed street parties, music and fireworks events on Hogmanay (New Year’s Eve). There is a funfair, outdoor skating rink and German market in the centre of town with other events including a Torchlight Procession and a Loony Dook (dip) in the sea on New Year’s Day; not for the faint-hearted.

Edinburgh has long been a favourite destination for ‘hen’ and ‘stag’ dos.  Many of these stags will have attempted – and failed – a traditional pub crawl from one end of Rose Street to the other.  Rose Street is around 1,000 metres in length with 12 pubs. It’s doubtful that many manage a pint and a shot in each without it ending messily!

Whether you are interested in architecture, history, shopping, outdoor activities or eating, drinking and nightlife, you will find it in Edinburgh.

Belfast is the capital of Northern Ireland and it is where the Titanic was built.  Today, you can visit the iconic Titanic Belfast, an interactive visitor experience.  Visitors will learn the story of the Titanic from inception in the early 1900s to the creation of what, at the time, was the largest and most luxurious ship in the world, to its doomed maiden voyage with the loss of 1,500 lives. 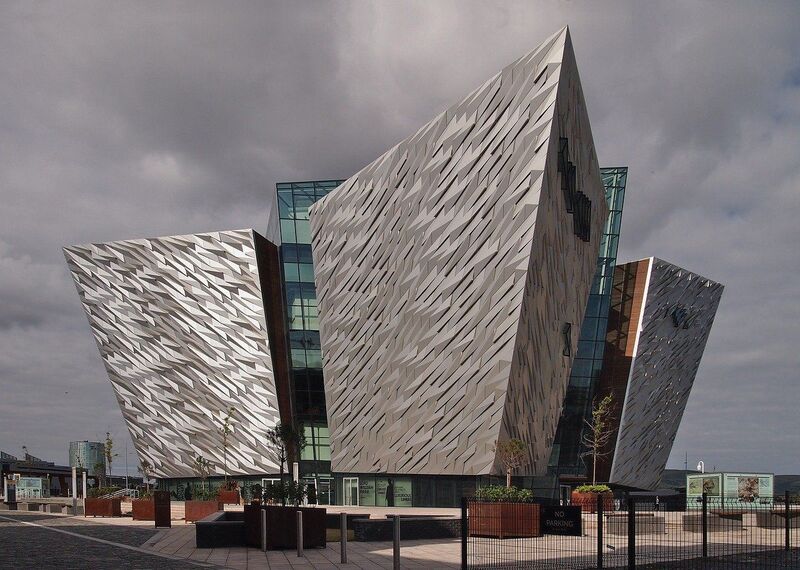 The impressive – inside and out – Belfast City Hall is well worth a visit. See its beautiful marble floors and stairways, ornate ceilings and stunning stained glass window collection. Visitors can also wander through the well-kept gardens housing various memorials, including the Titanic Memorial Garden.

Another must-see is the Ulster Museum, housing a collection of art, history and natural science exhibits from dinosaurs to an Egyptian mummy.  The museum includes an interesting section on the history of Northern Ireland, including The Troubles.

Those who are interested in Belfast’s troubled past may want to join one of the taxi or hop-on, hop-off bus tours which include the murals of the Falls Road, Shankhill Road and the Peace Wall in the tour, described as ‘sobering’ and ‘moving’.

A little further out but an interesting stop if you have the time is the Parliament at Stormont, home of the Northern Ireland Assembly. You can join a guided tour of the very grand looking Parliament buildings and then explore the extensive grounds which includes an area of woodland.

On the way back into central Belfast from Stormont, fans of Narnia will enjoy a stop-off at C S Lewis Square, where you can spot some sculptures from The Lion, The Witch and The Wardrobe.

For food, drink and entertainment including live music, head to the Linen Quarter or the Cathedral Quarter.

Oxford is home to the prestigious University, founded around 1096, giving it claim to be the oldest university in the English-speaking world. With a student population of around 24,500, it may seem that Oxford is the university, as it comprises around forty colleges. 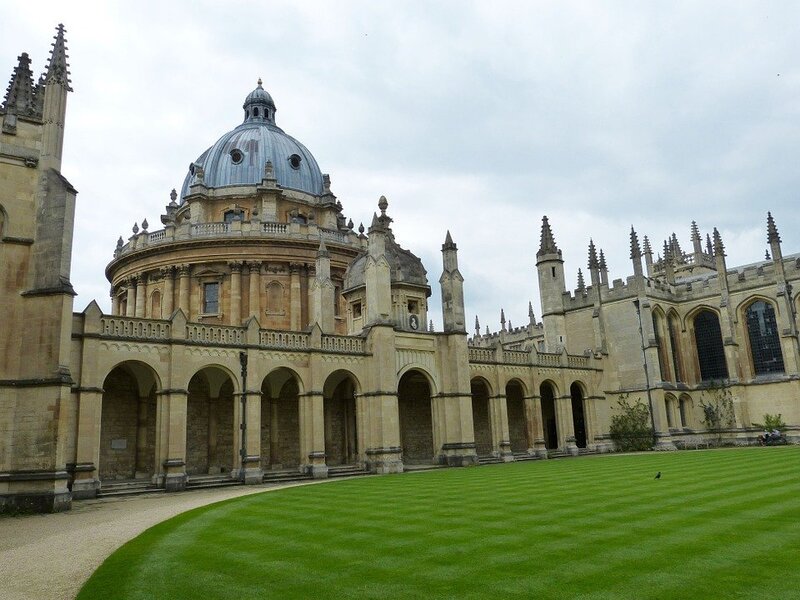 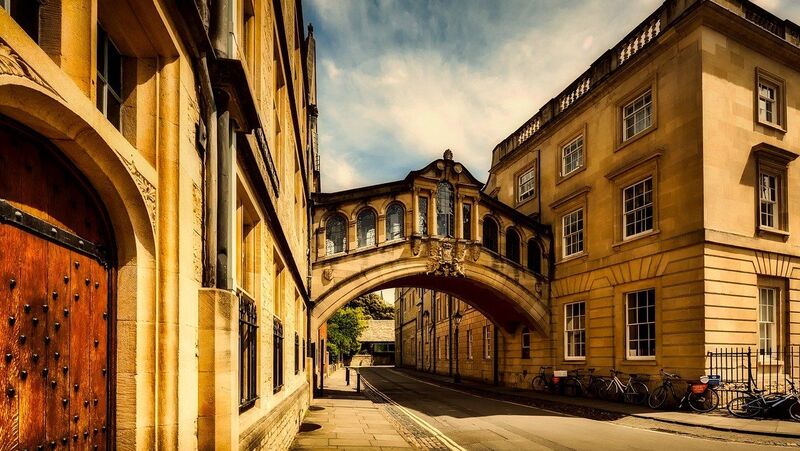 If you appreciate beautiful architecture, you’ll love Oxford with its incredible buildings at every turn.  To get the most from your visit, you could join a walking tour covering the main attractions.  This might include the Radcliffe Camera: the iconic domed classical building, Magdalen College with its cloisters and chapel, the stunning Bodleian library and the Bridge of Sighs which links the Hertford College main buildings.

Away from the university buildings, the interior of Oxford Town Hall is noteworthy.  Oxford Castle and Prison is well worth a visit.  Here, your informative and entertaining guide will lead you around the buildings, from the prison cells to the crypt. You will also have a chance to climb to the top of St George’s tower and enjoy the wonderful views over Oxford. In the grounds, you can check out the remains of a motte and bailey castle.

Fans of Harry Potter will want to book a walking tour to learn about and visit some of the locations used in the Harry Potter films, including Christ Church, New College Cloisters and the Bodleian Library. The Inspector Morse TV series was also filmed in Oxford and Morse walking tours visit these locations.

If the weather is good, a river cruise is an enjoyable alternative to sightseeing on foot and you can book afternoon tea or a picnic while you cruise along the Regatta course listening to your guide.

When you’ve had enough of sightseeing, you might opt for some retail therapy in quirky little independents in the covered market or the larger chain stores in the shopping centre. Or, if designer outlets are more your thing, Bicester Village is only around 14 miles from Oxford.

In a student city, there is no shortage of eating and drinking establishments to suit all budgets and Oxford is no exception. From traditional pubs to cocktail bars, comedy clubs to wine bars, clubs and live music venues, you’ll find them all in Oxford.

York is a walled city that was founded by the Romans. The magnificent 13th century York Minster towers over York so there’s no excuse for missing one of the city’s top attractions from your itinerary! Described as a ‘masterpiece in stained glass and stone’ the cathedral has more medieval stained glass than anywhere else in the country. The cathedral also houses the Undercroft Museum, where you can learn about York’s fascinating history.

The National Railway Museum is one of York’s top attractions and is a must if you have children with you.  Even if you don’t and you’re not a train enthusiast, it’s worth a visit.  The museum explores how railways shaped the world and there are many trains on display including a Japanese bullet train, various steam trains, the royal carriages and, on occasion, the Flying Scotsman (check in advance to find out when it will be there).

York Castle Museum houses a range of exhibits including a recreation of a Victorian street, a prison, the First World War and the 60s. If you are interested in York’s Viking heritage, the Jorvik Viking Centre is worth a look. 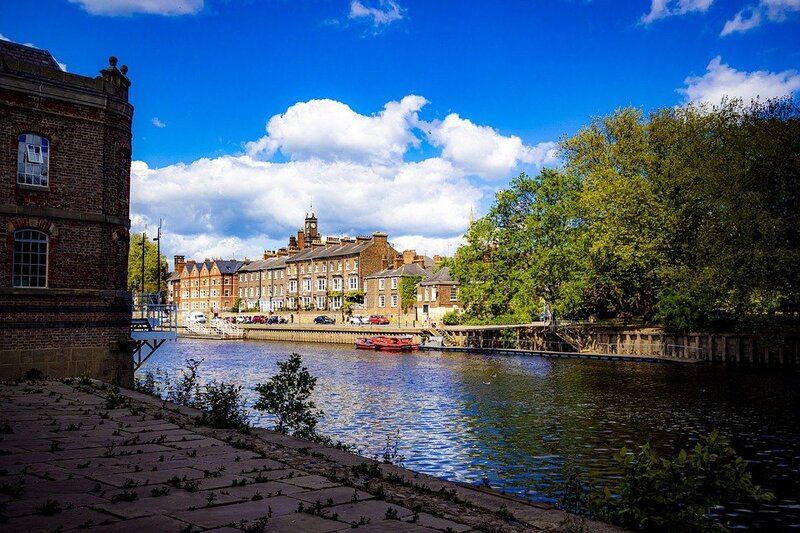 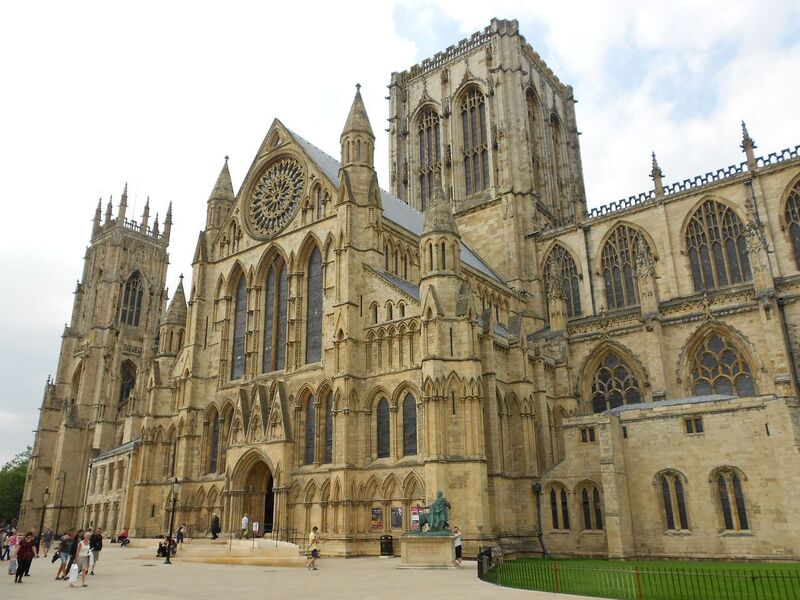 For something a little different, you could explore The Shambles, a medieval, narrow cobbled street full of quirky little shops, with some pubs and cafes too. The narrow streets have been likened to Diagon Alley so some Harry Potter-themed shops have taken up residence, which will delight fans!

Chocolate lovers may be interested in York’s Chocolate Story, a museum tracing the history of chocolate in York, which once was the home of Rowntree’s, Terry’s and Craven’s.

Horseracing enthusiasts will want to include a visit to York Racecourse which holds a number of races between May and October. Some of these race meetings include additional entertainment such as music events and themed days.

You’ll find a variety of places to eat and drink in York from fine dining to street food and traditional pubs to wine bars.

As you can see, UK cities have so much to offer catering for all interest and budgets. Would you like to explore the options that suit you best? Contact the friendly team at Mondial Travel without pressure or commitment. We’d love to chat about your next UK break.

See what else we've been talking about...